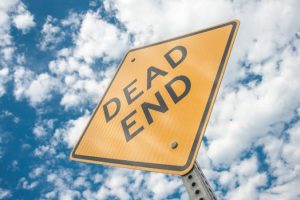 Many of us struggle with the frustration of household Internet connectivity limitations — usually between a cable company or a DSL provider. Some of those in larger metro areas are lucky to have a few more options to choose from, like fiber optic connections or high speed wireless using a small receiving dish. But for those folks in rural USA, quite frankly, internet connectivity is down-right horrible, if it’s even available. In more remote parts of the country, there are few — slow and overpriced — options providing internet access at all — that needs to change.

According to the Federal Communications Commission’s 2016 Broadband Progress Report, over 23 million people in rural America don’t have access to 25 Mbps/3 Mbps internet service. Without proper access, children in rural schools miss out on a valuable learning tool, and the younger populations are fleeing to college or other opportunities, and not coming back. People, especially younger generations, demand internet access, it’s a quality of life issue, though, it’s still treated as a luxury. Ubiquitous internet access may not save rural America, but it would provide a much needed lifeline.
Though the Internet is not considered a utility, and service providers operate in the free market, this very issue has been brought by the Congress. The government may be the only one with enough leverage to enact change — connecting rural America will require a huge investment and a nationwide platform existing providers have yet to offer up.

As for what’s being done about it, Microsoft seems to have noble intentions — though surely still focused on profits and enterprise. The company has locked in a patent(s) for using the unused VHF space out there to move Internet data back and forth at more than acceptable speeds. (Much like how antennas deliver television signals.) Microsoft says bridging the “rural broadband gap” will be in the range of $8 to $10 billion dollars, but there’s another hitch: Users would be looking at possible a $1,000 investment for the infrastructure work — the company says that price could come down, though. That kind of “investment” is hardly chicken feed, but still a glimmer of hope for people those in an impossible position.

There are other start-up companies out there looking for ways to get fast broadband Internet to the masses near and far, too, like G.fast. G.fast can use existing phone lines or even coaxial cable like used with DirecTV to deliver broadband access. It’s believed companies like AT&T, Verizon and other companies that still have existing copper-based phone lines could introduce this service in the next few years — phone lines are most everywhere, after all — but it also relies on proprietary technology to provide service.

Until then, there are a few less-than-perfect avenues to usable Internet access in rural areas, dish-delivered DSL, for example, if you’re lucky. Some may have to settle for ADSL, typically a slow flavor of DSL, when even further away from crucial phone company switch boxes. Then there are wireless hotspots, like those available from Verizon and other cellular providers, though you’ll have to monitor your usage as they’re data-limited and priced accordingly. Lastly, and usually the most expensive option for rural users, is to buy into satellite broadband — using the term broadband loosely. It ‘s not going to be as fast as cable, but it competes with DSL at times and can be worth it for those conducting business. Case in point, Internet access may be possible, but it’s prohibitively expensive, and none of these options seem sustainable for the longterm.

Do we continue brush an important piece of our population under the rug and not address their needs to be connected to the rest of the country? Of course there are some using phone line dial-up access, but that technology is outdated, barely providing the basic necessities. Connecting rural America isn’t going to happen in the next few weeks or months, we’re looking a years or decades, but there is money to be made for service providers, and people to benefit from it. It’s worth it.

Brian Koch is an avid techie who’s worked in the tech field for dozens of years with Compaq/HP, his own pc business Techpertise, outdoor photography, and more. He has lived with his wife Stacy in Colorado for over 16 years. E-mail questions, comments, suggestions to Brian: info@techpertise.com and follow him on Twitter @Techpertise.